Ready for your wake-up call to why prescription medications – and their accompanying health dangers – are an increasing part of your daily life? From the Annals of Family Medicine comes one of the most important studies to date in the effort to define and understand how drug companies are influencing both the practice of medicine and the health of patients who seek care from medical providers.

Conducted by a pair of anthropologists from Michigan State University, the study examines the impact of lower diagnostic thresholds, clinician rewards systems and the prescribing cascade on the health of patients diagnosed with diabetes and hypertension.

The authors lay the foundation for their study by noting, “Spending on prescription drugs in the Unites States has risen nearly 6-fold since 1990, reflecting substantial increases in treatment of chronic conditions and subsequent polypharmacy. As many as 45% of Americans have at least 1 diagnosed chronic condition, and 60% of the most prescribed medications were for hypertension, high cholesterol levels and diabetes. The Centers for Disease Control and Prevention estimates that 11% of the US population and 40% of people older than age 60 take 5 medications or more.”

In conducting the study, the authors studied primary care clinicians and their patients over a two-year period (2009-2010), with specific emphasis on management of type 2 diabetes and hypertension, two of the most common chronic health conditions. As the study progressed, the authors realized the overwhelming prevalence of prescription drug use in managing these two conditions and thus focused on their influence more closely.

Simply put, lower diagnostic thresholds mean that more people are diagnosed with a disease they didn’t previously have. The authors point to changes in the diagnosis of diabetes, hypertension and their “pre-” conditions as increasing the number of people subjected to intense prescription management, suggesting that an estimated 10 million additional people are being treated for diabetes, and an additional 22 million for hypertension, due to these lower thresholds.

In 1998, the fasting plasma glucose level that defined a person as diabetic was lowered from 140 to 126. This resulted in an additional 10.3 million people being medically defined as diabetics. The prediabetes fasting glucose level was established at 110 in 1998 and changed to 100 in 2003, resulting in many more pre-diabetics.

Medical doctors are monitored and rewarded for keeping their patients below certain standards that stem from established guidelines. But “the committees and organizations setting the standards often have substantial pharmaceutical industry support and include many individuals with industry ties.” According to the authors, “many insurance companies assess individual clinicians on the basis of whether their patients meet these standards, often paying substantial bonuses that encourage clinicians to respond to marginal test results with aggressive use of pharmaceuticals.”

Prescription drugs can have adverse health impacts on patients, producing symptoms that prompt the prescribing of additional drugs. This is particularly true for patients of clinicians who fail to recognize these adverse reactions. Two-thirds of patients “reported experiencing symptoms they attributed to their diabetes medications, hypertension medications, or both,” with several patients hospitalized because of symptoms, prompting a medication change.

In this study, 89% of the patients “reported taking multiple medications, averaging 4.8 prescriptions with more than half (51%) taking 5 or more.” In many cases, the patients were expected to continue taking these medications “permanently.”

One of the things that makes this paper so interesting is the approach taken by the authors. They interviewed 58 clinicians and 74 patients for about an hour each, providing insightful clinician comments and patient vignettes that are included in the study:

A 61-year-old man is taking “3 medications for hypertension, 2 for diabetes, 2 for high cholesterol levels, 1 for acid reflux, and daily doses of aspirin and ibuprofen, and uses an inhaler for chronic bronchitis, for a grand total of 11 medications. … Since starting the hypertension and diabetes medications, he has developed severe indigestion and breathing problems.”

A family practice physician stated, “I tell most new diabetics the sad news is that they’re going to be on 5 meds.”

A 54-year-old woman is “currently taking 8 prescription medications: 3 for hypertension, 2 for diabetes, 1 for high cholesterol levels, and 2 for depression. She also had 5 visits to the emergency department in 1 month for excruciating headaches before they were determined to be an adverse effect of the additional hypertension medication she had been prescribed.”

Another clinician noted, “I’ve got patients on 4 different medications and their blood pressure is still uncontrolled. We try sending them to the cardiologists, and they say, ‘Just keep adding stuff because there’s really nothing we can do about this.’ Some people whose blood pressure that we get normal again, they don’t function very well at all. I’m not sure why.”

A Chance to Change

In their concluding remarks, the authors call for a reform on how much influence the pharmaceutical industry has on the practice of medicine: “At a minimum, we urge policies excluding individuals or organizations with financial conflicts of interest from involvement with guideline-writing panels. The presumption that mere disclosure resolves such conflicts must be rejected.” They also suggest that physicians “be discouraged from seeing drug representatives.”

The phone is ringing nonstop. E-mails are pouring in. The boss just dumped a 50-page report on your desk that needs to be proofed by the end of the day.

And it’s only Monday.

You can feel your shoulders starting to tighten and your jaw beginning to clench. You need to de-stress fast, but you’ve only got a few minutes because that report – and your boss – won’t wait. What can you do?

Yoga to the rescue! According to the Yoga Alliance, nearly 6 million Americans practice yoga and 14 million say a doctor or therapist has recommended yoga to improve their health. In May, the National Institutes of Health celebrated its first-ever “Yoga Week” to highlight the science and practice of yoga.

According to the alliance, yoga helps improve circulation and heart health, along with reducing oxidative stress and providing other anti-aging benefits. And if you’re overworked and overstressed, a few minutes of yoga can help loosen those muscles and let you face the rest of your day.

Yoga teacher Denise Dunn suggests frazzled workers try these four poses to take the edge off during a busy day at the office:

Side Stretch Raise both arms and stretch first to one side and then the other, holding the stretch for a few seconds on each side. This increases circulation and gets your spine moving the way it was meant to – much better than spending the entire day hunched over a keyboard.

Dunn recommends starting each pose by slowly breathing through your nose. Hold each pose for at least three slow breaths, being careful not to overexert yourself. Remember, the goal is to relax and relieve tense muscles. This isn’t a workout; it’s a gentle, peaceful break from your stressful routine.

Do you take any of these drugs on a regular basis? 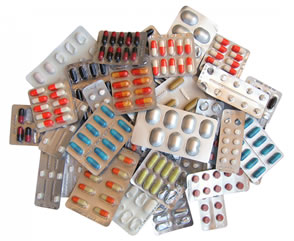 Ask yourself why would you take these artificial chemicals into your body? Is it because you lack a strong immune system or because you’ve been told you have to take drugs to stay healthy?

Your body actually has an amazing ability to protect itself from harm through the natural immune system. When your body is healthy, your immune system can defend itself against millions of bacteria, viruses, parasites, and toxins. When you are run down, you may believe that pills are the only answer. This is a socially accepted norm that many people resort to. But it’s not always the best option.

What’s Inside That Medication?

Take some time today to read through the ingredients in your medicine cabinet. You’ll most likely find a long list of complicated words that are difficult to pronounce. Although they may sound very scientific, you will be left with no better understanding of what is actually in the pills you are taking.

The truth is that many medications can actually cause adverse side effects in the human body. Listen to television and radio commercials and you will most likely start hearing advertisements for lawsuits about previously acceptable medications that have caused serious problems. 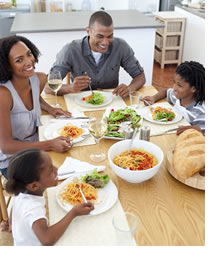 Staying hydrated and boosting your immune system naturally is a safe method to staying healthier. Water has no known side effects. Access to clean; pure water is convenient when you have an Enagic® water ionizer. Following general good-health guidelines is the single best step you can take toward keeping your immune system strong and healthy.

You’ll be surprised at how easy it is to boost your immune system, when you:1

How Can Kangen Water® Help?

Kangen Water® is a better choice for hydrating your immune system. Your immune system can have a fighting chance of working properly when the fluids your body needs are at adequate levels. There are far too many people experiencing health issues due to poor hydration and exposure to harmful chemicals. Doctors at the world-renowned Mayo Clinic recommend drinking 8 to 9 cups of water daily for health. Furthermore, “water flushes toxins out of vital organs, carries nutrients to your cells and provides a moist environment for ear, nose and throat tissues”.2 There are so many reasons to stay hydrated with clean water, too numerous to list in this newsletter alone!
Sources:
1. Harvard Medicine
2. Mayo Clinic
FIND OUT MORE ABOUT KANGEN WATER HERE!

You have probably heard that water makes up over 70% of the body, right? Water is part of all body fluids and is vital to the proper function of the body’s organ systems. It should be obvious then that the quality of the water you drink is extremely important. For your body to be at optimal health, you should drink only the purest and cleanest water possible.

Consider these interesting facts about water:

It is clear that drinking water is paramount for a body that functions at a healthy level. Some common sources of drinking water found in city water systems, wells and even springs may contain chemicals like chlorine, fluoride, pesticides and more. Despite their use, these chemicals are not good for the body.

Avoid the worry and drink Kangen Water® for optimal hydration!

Alkaline and ionized Kangen Water® offers a better alternative. When your body is at optimal health, the negative factors that are a result of our cultural lifestyle can easily be filtered out. Kangen Water® provides a positive alkaline environment and is filled with only the good things that nature has designed for well-being. We recommend you drink at least 8-10 glasses of Kangen Water® a day.

Kangen Water® is not only clean and pure; it is also filled with life enhancing minerals! Enjoy this alkaline water every day, and discover the advantages of smart and optimal-hydration.

With its hydration ability, and mineral enriched great taste, Kangen Water® is a better choice for a healthy and active body! What could be more important? After all, your body needs more water.